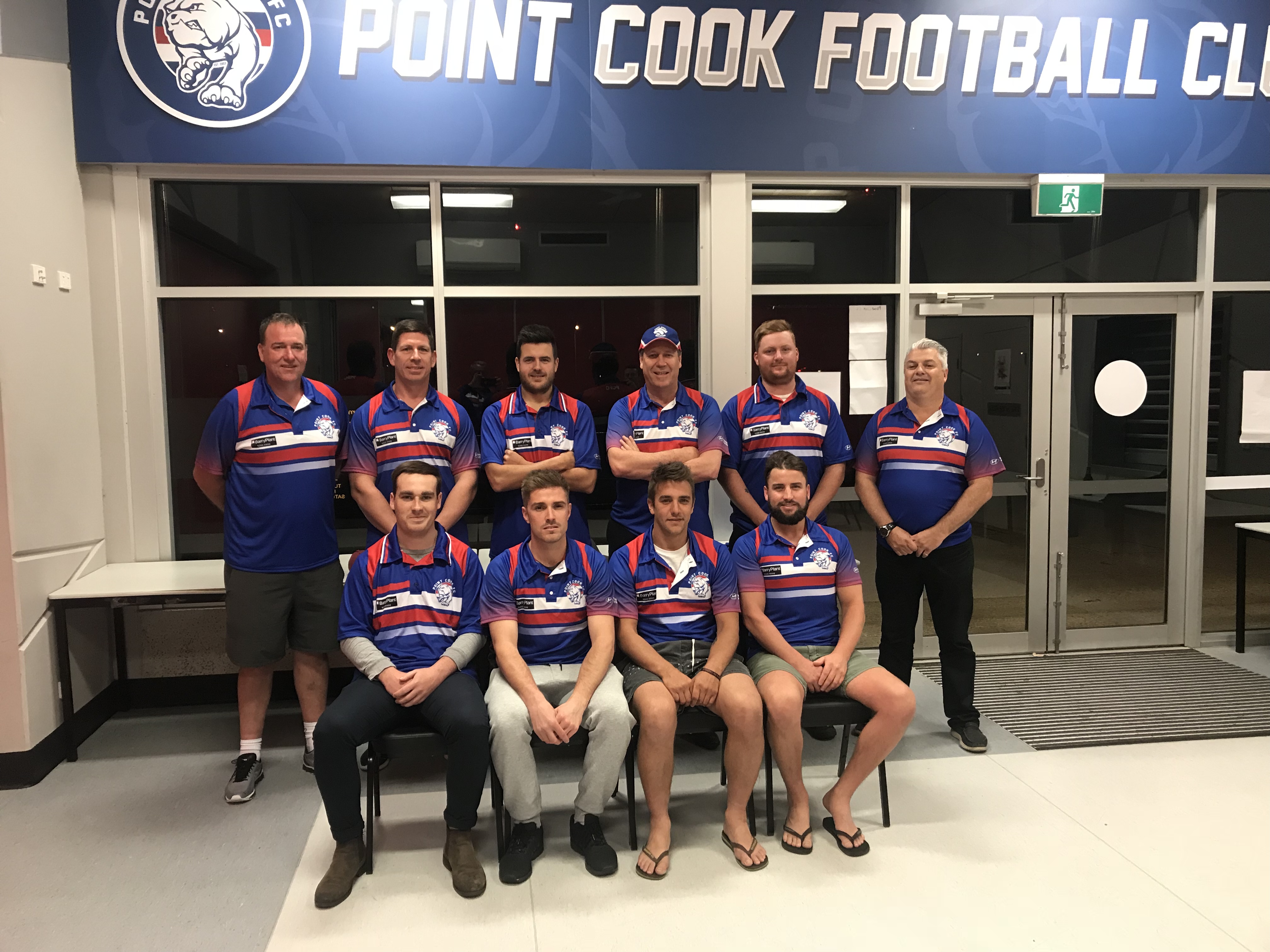 The Point Cook Football Club would like to introduce and welcome the following new recruits and Coaches for the 2018 Season:

Todd Caulfield: Todd played Juniors & Seniors at Hoppers Crossing where he played in their Div. 1 Reserves Premierships in 2015 & 2017 as Captain.

Nathan Bratby: Nathan a Point Cook Junior returns to the club after stints at Williamstown CYMS (VAFA) and Newport in 2017.

Jay Bluschke: Jay a Hoppers Crossing Junior joins to Point Cook Following stints at Werribee Centrals (GDFL) and Hoppers Crossing where he was a member of their 2015 Div. 1 Reserves Premiership side.